WWFX was LIVE in Manila last night, featuring all your favorite Future Endeavored former WWE Superstars, some of whom are still legit stars in their own right. 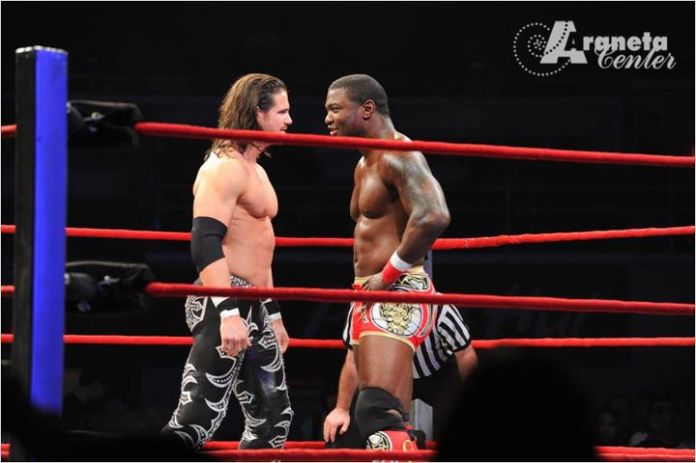 Benjamin: "Easy paycheck for us tonight! Shall we work or should we just mess with them?" / Morrison: "Work? What's that?" 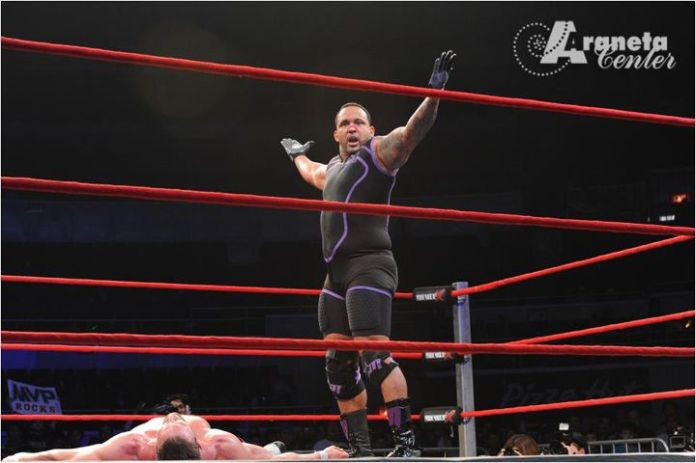 MVP, before a failed attempt at the "Ballin!" elbow drop on Chris Masters

The card was built around the main event of John Morrison (Hennigan) vs. Shelton Benjamin, while MVP and Chris Masters took on co-main event duties. These were also the true wrestling matches of the evening. MVP and Masters, in particular, both looked much better in the ring than the last time they were on WWE TV. Lots of ring psychology with Masters working on MVP’s leg, and a nice, smooth, momentum build-up to the red hot finish.

I must say, though, that Masters looked as bulked up and ripped as he did in his pre-suspension days. I hope he isn’t back to his old performance enhancement ways.

This was Carlito's finisher, the dreaded Apple spit. Yes.

Carlito vs. Snitsky was the “hardcore” match of the night, in which they brawled all over the 3000-strong, half-full Araneta Coliseum. It was ridiculous. They were punching and kicking and WALKING all over the different sections of the arena floor, with an axe handle thrown here and there. Parts of the crowd would chant “OVER HERE!”, inviting the brawlers to fight in their particular area, and they would oblige, with more punching, kicking, walking. The live-wrestling-starved Filipino crowd, of course, went nuts.

Hurricane Helms returned to the ring for the first time since his motorcycle accident, against Shiek Daivari. He was in pain and out of shape, and he barely took a bump, but he looked happy out there. He won the match with a chokeslam. 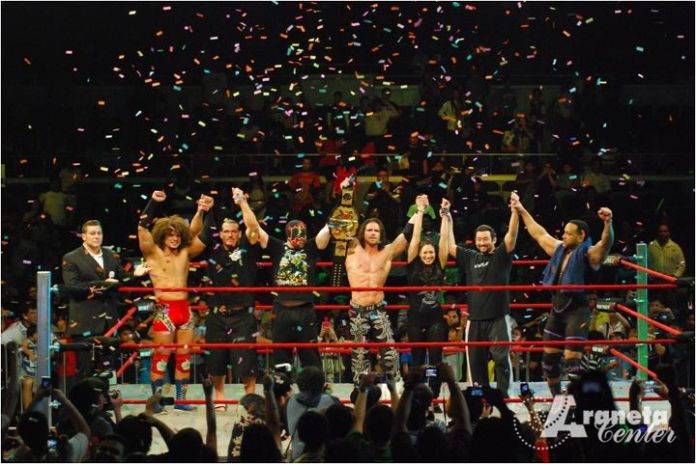 All in all, a good card, with a hot crowd, capped off with a photo-op/autograph signing after the show, to cement the show as a true Fan Experience. Kudos to Dayly productions and Midas Entertainment for grabbing the opportunity to bring these wrestlers here, and props to the performers who bothered to give Manila a good show.

Thanks to the Araneta Center Facebook page for the photos.