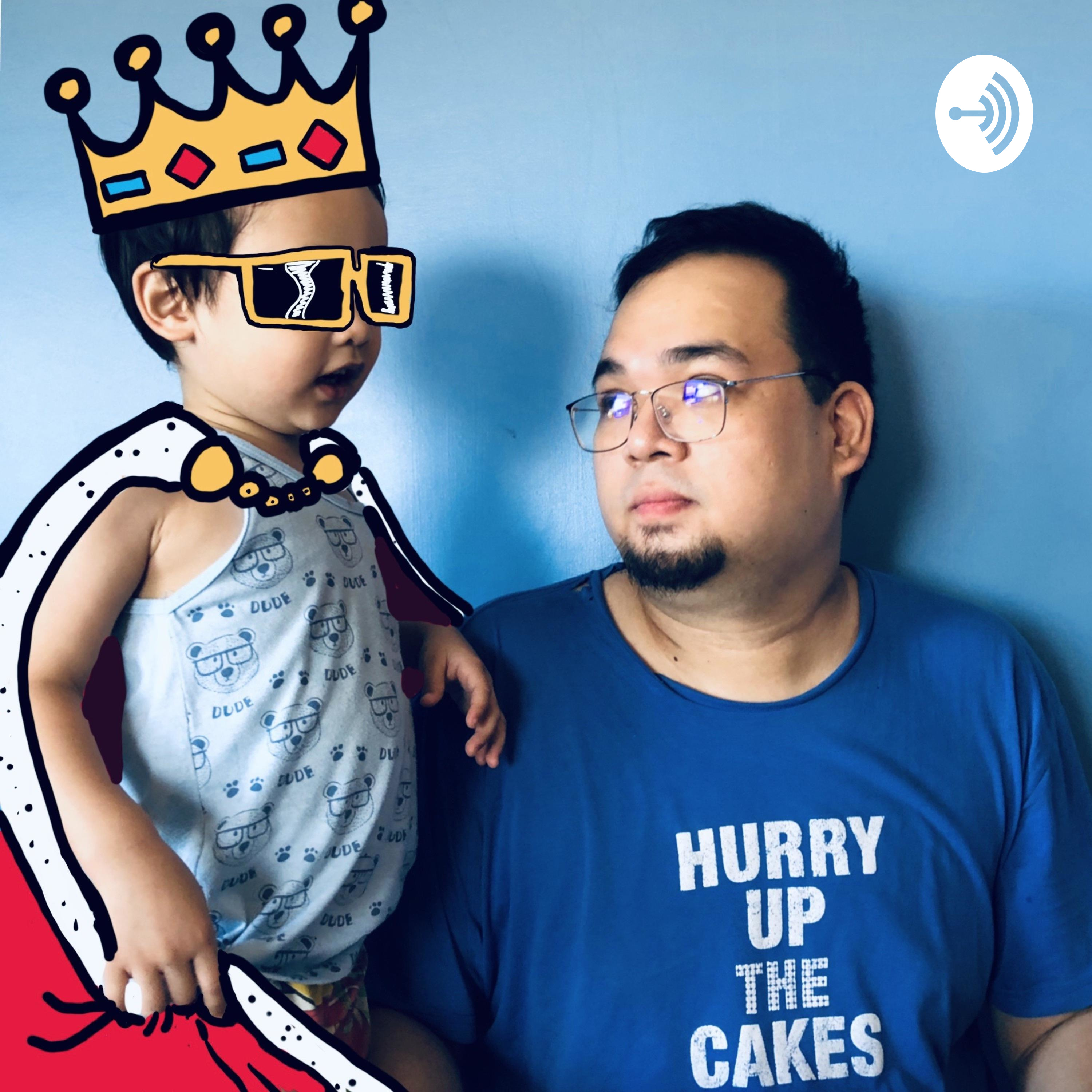 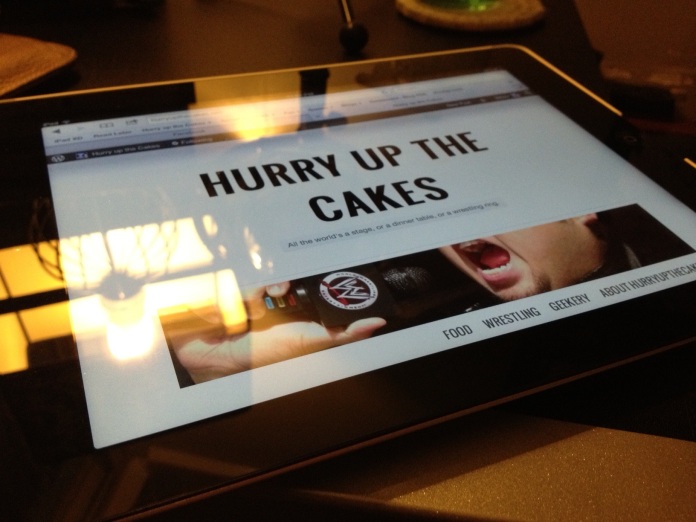 It’s been a month since / / / iPad 3 was first released, and since then, reviews of the device popped up all over the internet like mushrooms. Some are deep, intensive, and well-written. Others wanted to take advantage of the red-hot “new iPad” search term to add hits to their websites. A few just wanted to show off to the world that they had Apple’s flagship post-PC device before the rest of us did. But generally, most reviews covered the usual range of topics: battery life, app ecosystem, user interface, thickness/weight, the screen screen omg the screen, et cetera.

We at Hurry up the Cakes have no interest in adding to the pile of reviews of that nature. If you want that, I suggest you head on over to The Verge, or to Daring Fireball, or to clean-cut, sterile, Apple Review OG, the Wall Street Journal’s All Things D.

Over here at Hurry up the Cakes, we write reviews to answer any and all questions that end up with the bottom line: should you, dear reader, buy the new iPad?

The answer, of course, is a resounding yes–and here’s why.

The battery life is as good as ever

Remember how Steve Jobs used to say that the iPad’s 10-hour battery life was “legendary”? Well, it still is.

It’s only “heavier” and “thicker”, as opposed to heavier and thicker.

In our experience in Team Hurry up the Cakes, we’ve rarely, if at all, seen people use iPads naked.

(I meant that they’ve never used naked, caseless, protector-less iPads–not that the users were naked, you perv.)

In every place and setting that I’ve seen iPads being used, they were covered in folios and pouches and cases and smart covers and smart cover-compatible cases and sleeves and the like. All of which added a considerable amount of weight to the iPad–noticeable only because the two original iPads were already very light. I, myself, used my iPad 2 with a Belkin Smart Shield and a Smart Cover. So when I let go of my iPad 2 and picked up the new, pure, holy, naked iPad, I didn’t notice the difference until I deliberately tried to take note of the discrepancy in weight.

That being said, if you placed an iPad 2 on a table and closed your eyes, and I exchanged it for the new iPad, you wouldn’t notice the difference when you pick it up, until you stopped and looked and paid attention. And if all you do with an iPad is pay attention to how thin and light it is (or you think it should be), then you probably have no business owning an iPad.

My point: the additional weight and thickness makes no day to day difference.

(Unless you use a hard plastic back cover. Read on.)

Most iPad 2 cases, covers, screen protectors, sleeves, and the like can be used with it.

Actually, nearly all (yes, all) iPad 2 cases and covers can be used with the new iPad, except for some hard plastic back covers. My Belkin Smart Shield was an extremely snug fit, initially, but gave way after three weeks of removal and replacement (I clean my covers weekly).

Apple accessory maker Ozaki has announced that their current hard plastic back cover series is compatible with both the iPad 2 and the 3rd generation iPad. I would imagine many back cover makers will follow suit.

You don’t have to worry about nearly any other kind of cover, though. But ask the retailer anyway, to be sure.

The version of the iPad at Hurry up the Cakes HQ is a 64GB WIFI, not the one enabled with 4G. Now, I know that the 4G networks compatible with the new iPad aren’t yet available in the Philippines, but the iPad’s new HSPA+ antenna are fully capable of taking more advantage of local 3G networks than the iPad 2. The “+” makes all the difference, according to many reports of wireless data speeds being faster on the new iPad than even their wired DSL or Cable Internet accounts.

Not a factor for me since I have wifi at home and at work, and I use my phone to tether data everywhere else. But it might matter to you.

My point: wireless internet on the new iPad is ridiculously speedier.

Some new apps optimized for the new iPad are simply jaw-dropping.

The new iPad doubled its memory, and has the new A5X Processor that improves upon last year’s A5 processor many times over–particularly in the graphics department. And some developers are eager to take advantage of all that new raw graphics and processing power.

This means that everything runs smoother and faster, and that more things can keep running in the background before the system “resets”–things like open Safari tabs, paused games, and apps that rely on the web.

This is the same feature that convinced me to to buy an iPad 2 so soon after acquiring the first iPad, and I remember thinking that it was worth it. But this year’s upgrade blows last year’s out of the water.

The increase in graphics power also means that visuals are not only clearer because of the screen, but much, much, better. The difference isn’t just in the new retina display–go ahead, equalize the specs of the iPad 2 and the new iPad by plugging both into a 1080P HDTV, and run the same app on both devices, like, say Real Racing 2.

Go ahead. Do it yourself. And tell me if I’m lying.

Of course, this is not to say that the screen is a minor factor, because holy cowballs, are you fricking kidding me, the new iPad’s screen is amazing.

The new iPad, like the iPhone 4 and 4S before it, now has a retina display–the screen is now packed with more pixels than are visible to the human retina from the usual distance that a tablet computer is held.

This means that (and forgive me if this review hints at waxing philosophical) what you see on the iPad are the things in the purest form realistically possible: the entire internet feels so crisp, clear, and honest–everything nice and ugly, all in your hands, unprotected; pictures don’t feel like computer versions of pictures–they feel like the actual pictures themselves, like “a glowing piece of paper”, as Josh Topolsky put it; reading ebooks doesn’t feel like reading a piece of glass pretending to be made of paper–it feels like reading text, reading content. It is much less reading a “digital book” than it is having direct access to the words that came from a writer’s brain, free from limitations, be they ebooks’ “digitalness” or printed books’ ink and paper.

The screen is so good that it succeeds at making itself unnoticeable, so that all that remains is you and the content. And when it fails–when its clarity becomes noticeable–it can’t help but amaze.

Sometimes I still notice that I don’t have to zoom in to comic books, or that the percent sign beside my battery life indicator is not blurry and jagged, or that the textures on the icons are visible. And whenever I do, I still get flabbergasted. It’s just like Triple H in 1999–it won’t stop telling me that it’s “that… damn… good.”

So, now, the bottom line: should you buy it?

In case you forgot (probably because you drowned in my melodramatic appreciation of the screen), I already answered this question: yes, you should buy it.

I answered yes in the assumption that (1) you don’t have more important things to spend on, like, say, your child’s college fund, and (2) you have use for a tablet computer in your life.

It is the pound-for-pound best viewing device on Earth (of the internet, of pictures, of nearly every kind of digital media available), and the massive selection in the App Store is sure to have an app, or two, or three, or more, that can make your life easier, better, and/or funner.

There’s very little reason not to buy it. But in the spirit of the retina display, let’s clarify:

Let’s say you’re a college student. Should you buy it?

Yes. The convenience of a screen containing many (or all) of the educational resources you need is worth the price already.

Let’s say you’re a young professional. Should you buy it?

Yes. Nearly every professional field is accounted for in the App Store–something in there is bound to simplify your life.

Let’s say your budget is better geared towards the iPad 2, which is $100 cheaper. Should you buy the new iPad anyway?

Yes. Save up and buy one–you’re not just paying for the better screen, you’re paying for future-proofing in terms of app availability and software capabilities. Well worth the $100, if you ask me.

Let’s say you’re an iPad 2 owner. Should you buy it?

If you’re happy, maybe not. Just don’t spend more than a few seconds looking at the new iPad’s screen, if you want to remain happy.

In other words, yes.

Let’s say you’re an iPad 1 owner. Should you buy it?

Absolutely. That’s one hell of an upgrade well worth the price,

Let’s say you’re an Android tablet owner. Should you buy it?

Absolutely. That’s one hell of an upgrade well worth the price.

Let’s say you own a computer and a smart phone. Should you buy it?

Given the assumptions stated above, I say yes. What might end up happening is that your laptop will be relegated to “heavy” work, like intensive Photoshop sessions, or video editing, or music recording, or extended word processing, and your iPad will do everything else. This very review was written on an iPad, with links and photos added via my Mac.

Let’s say you own a computer and a smart phone and a camera, a flip videocam, an SLR, a desktop computer, and a dozen Moleskine notebooks. Should you buy it?

You’re a hoarder. Quit it and heal yourself from the disease. By buying an iPad, which will probably replace a lot of that junk you don’t use anyway.

And if you do use them, the iPad has apps and features that will make your use of those devices much better.

(Daniel Bryan would be proud.)